There is actually abundant evidence about the serious impact of my co toxins and mold exposure in human disease.

Medical studies in both the military and agricultural environments have discovered that that significant health problems can readily arise from the inhalation of elevated levels of fungal spores and toxins by soldiers and farmers.

Laboratory studies in animals and at the cellular level provide supporting evidence for direct toxicity of fungal spores and mycotoxins in mammalian lungs (University of Connecticut Health Center report in 2004).

As to asthma (one of the most common health consequences of mold exposure), a health study by the Finnish Institute of Occupational Health links adult-onset asthma to workplace mold exposure—

“The present (health study) results estimated that the percentage of adult-onset asthma attributable to workplace mold exposure to indoor molds and development of asthma in adulthood. Our findings suggest that indoor mold problems constitute an important occupational health hazard.”

The Finnish workplace mold study estimated that the percentage of adult-onset asthma attributable to workplace mold exposure to be 35% (Reported in Environmental Health Perspectives, May, 2002).

A European Community respiratory health survey in 2002 reported that asthma patients experience more significant asthma symptoms after they become sensitized to molds such as Alternaria and Cladosporium species, and to dust mites.

Scientific evidence links mold and other factors related to damp conditions in homes and buildings to asthma symptoms in some people with the chronic asthma, as well as to coughing, wheezing, and upper respiratory tract symptoms in otherwise healthy people, stated the Institute of Medicine report.

“We were able to find sufficient evidence that certain respiratory problems, including symptoms in asthmatics who are sensitive to mold, are associated with exposure to mold and damp conditions. Excessive dampness influences whether mold, as well as bacteria, dust mites and other such agents, are present and thrive indoors,” reported the Institute of Medicine in its mold health report on May 25, 2004.

“In addition, the wetness may cause chemicals and particles to be released from building materials.

A rare ailment known as hypersensitivity pneumonitis also was associated with indoor mold exposure in susceptible people,” reported the Institute of Medicine.

A 1994 Harvard University School of Public Health study of 10, 000 homes in the United States and Canada found that half had conditions of water damage and mold, which was associated in the study with a 50 to 100% increase in respiratory problems for the residents of water and mold damaged homes.

“Researchers have found that chronic sinusitis, a condition that affects about 37 million people in the United States, is apparently caused by an immune response to fungus (mold).”

The Centers for Disease Control (CDC) found an apparent link, announced in 1997, between mold contamination in the homes and cases of infant pulmonary hemorrhage.

The AAP recommended that until more information is available on the cause of this condition, infants under one year of age should not be exposed to chronically moldy, water-damaged environments.

The AAP also recommended that pediatricians inquire about mold and water damage in the home when treating infants with pulmonary hemorrhage, and that when mold is present in a patient’s home, that pediatricians should encourage parents to try to find and eliminate sources of moisture.

Mold Effect on Population at risk

At the University of Texas MD Anderson Cancer Center, approximately 15-20% of patients with leukemia die of fungal leukemia caused most frequently by the species Aspergillus.

In patients with leukemia who have undergone allogenic bone marrow transplantation or allogenic hematopoietic stem cell transplantation, 15-30% of deaths are caused by refractory fungal infections such as Aspergillus, one of the most dangerous indoor molds.

In recent years, comparative risk studies performed by EPA and its Science Advisory Board (SAB) have consistently ranked indoor air pollution among the top five environmental risks to public health.

Ninety four percent (94%) of all respiratory ailments are caused by polluted air according to the American Medical Association, which also reported that one-third of the U.S.A. national health bill is for causes directly attributable to indoor air pollution.

PROTECT YOUR FAMILY FROM MOLD

Of course, it depends mostly on the type of staining, square footage of the area to be cleaned and the most appropriate cleaning method for

Microscopic mold spores exist almost everywhere, outdoors and indoors, making it impossible to remove all mold from a home or business. All that having said, 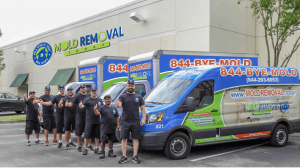 Understanding Mold in Your Home

Causes of mold in the home There’s no mold in the desert. That’s because mold needs humidity to grow. Badly fitting windows and doors, cracks

It is common for people to mistake the symptoms of mold exposure to a normal everyday cold or flu. However, when experiencing mold exposure people tend to